Connecting Halifax to Titanic and the World

For generations, Halifax was home to a fleet of daring and dauntless ships that helped build the world's first World Wide Web or what could be coined the "Victorian internet". The recovery mission began when two cable ships, based in Halifax, were contracted after RMS Titanic sank. For these remarkable ships, finding Titanic's victims was an endeavour, one among many during their working years in the maritime region and the Atlantic Ocean.

Title: A Rare View
Photo Caption: This rare photo of Mackay-Bennett soon after its arrival at Pier 4 in the Naval Dockyard shows a canvas wall and tents that were erected to prevent people from viewing the scene. It is a rare photo probably secretly taken by someone in the Navy.
Credit: MARITIME MUSEUM OF THE ATLANTIC, album M2000.42.1

The cable ships were called upon after the sinking of Titanic because they were available quickly, were very familiar with the North Atlantic ocean and its harsh conditions, the ships consisted of tough crews and were well-equipped, especially with regards to wireless access. The crew of these ships would soon learn that recovering victims from such a disaster would not be an easy task to do and they would all feel the emotional toll from the experience.

Prior to the invention of the electric telegraph and undersea cables in the mid 1800s, receiving a message or letter from Europe would take up to forty days. With the introduction of this new technology, undersea cables and telegraphs reduced this wait to mere minutes. The telegraph had transformed the world in the same way the computer and the World Wide Web transformed the way we communicated by the end of the 20th century. Halifax and its cable ships, such as the CS Mackay-Bennett and the CS Minia, played a central role in building this international communication network and making it work. Halifax became a base for cable ships and repairs, a role played here for nearly a century. By the early 1900s, three cable companies established offices and busy wharves in this important Atlantic port. 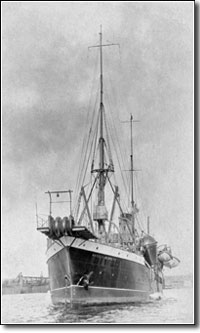 The CS Mackay-Bennett spent most of her career in Halifax, working near Europe and the Caribbean after leaving her birthplace in Glasgow. Mackay-Bennett was used mainly for shallow water cable work and was fitted with a bow rudder so that she could go forward or astern equally well while laying cable. She was in service until 1922 when she then became a cable storage hulk in England, and was broken up in 1965. In 1912, the Mackay-Bennett was the first ship chartered by the White Star Line to search for bodies after the sinking of Titanic, and after running out of supplies would be relieved by the CS Minia.

Photo Caption: Bow view of the CS Mackay-Bennett showing bow sheaves and a mark buoy on the port side, c. 1884.
Credit: MARITIME MUSEUM OF THE ATLANTIC, M2001.47.6

The CS Minia was a familiar sight in the Halifax harbour for 50 years. Built in Scotland, it was originally fitted for shallow water work and was retrofitted for deep water cable repairs. She completed 120 cable repairs from 1885-95, of which many were in the deepest waters of the Atlantic. During her career, she laid 50,000 nautical miles of cable and completed repairs on cables around the world before being sent to the breakers in 1922.

By the mid-1900s, Halifax's importance as a base for cable ships was waning. St. John's, Newfoundland was a much more convenient port for the repair of newer, undersea telephone cable. With the introduction of the fibre optic cable in the 1990s, Halifax became a cable depot once again, though on a much smaller scale. Today there remains a large number of inactive undersea cables off of Nova Scotia and in the North Atlantic, many that are over 100 years old.  Cables today are less frequently broken or damaged, but there will always be a need for cable ships to respond when these breaks do occur. It is for this reason that these distinct vessels are expected to continue to be familiar visitors to Halifax's harbour. 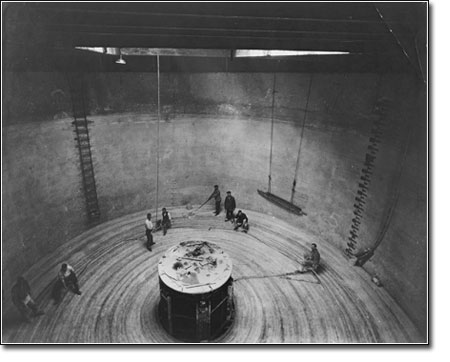