Originally the Abro & Weir company, William Robertson purchased the Lower Water Street storefront property in 1878. The Robertson ship chandlery is a legacy of a time long passed, offering visitors a glimpse into a family business that remained in operation until 1976. 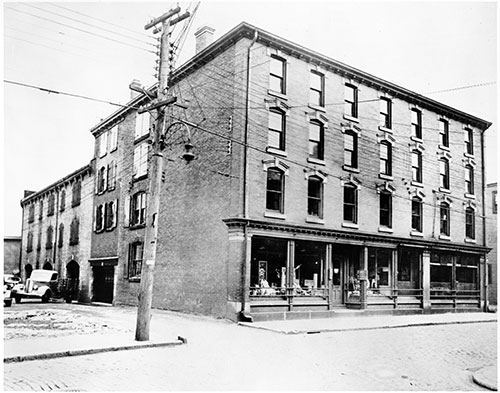 The large brass nameplates that once framed the main entrance are now used to welcome visitors from the Maritime Museum’s main lobby. The subtle aroma of pine tar fills the room, traditional marine and fishing supplies stock the shelves, the window displays, and even spread out onto the floor, creating an immersive impression of the past. Large coils of rope, fishing nets, and fenders give a sense of character, extending down to the well-worn wood floor, which dates to 1945.

Ties to the Harbourfront Economy

Three generations of the Robertson family worked as chandlers to provide necessities for the fishing and shipping industries that were vital to the economy of Nova Scotia during the 19th and 20th centuries. The A&M Smith fish plant was one block from the chandlery and provided regular business, in turn supporting the Nova Scotia cod-fishing industry. 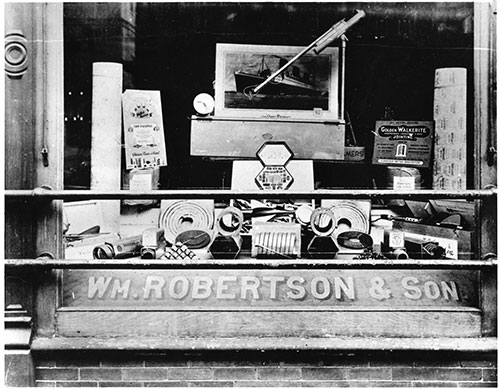 The Robertson chandlery sold mostly imported supplies, with some suppliers producing locally finished products from within Nova Scotia. The gallery highlights these locally produced goods; one example is a set of three boat stoves from the Lunenburg Foundry.

In 1917, the Robertson Chandlery survived the December 6th explosion. While windows were blown in and a clerk was hurt by glass debris, the business weathered the blast. It has a legacy connection to the disaster in the form of a tombstone pre-ordered for three young children and never claimed. In memory of the family lost in the explosion, the Robertson family kept the tombstone in their warehouse until the business closed, later donating it to the Nova Scotia Museum when the building became part of the Maritime Museum of the Atlantic in 1982.