Welcome to the Small Craft Gallery of the Maritime Museum of the Atlantic, or to quote one young visitor, age 2, the ‘Boatseum’.

This gallery features vessels that are common to the waters of Nova Scotia either in design or construction or popular use. You will find boats that were commonly used for commercial and recreational purposes, as well as competition on the water. There are boats of local, national, and international design, as well as some designed by the Mi’kmaq —the earliest residents of this land. Most were constructed locally but vary from Ply Craft moulded-plywood technology, to lapstrake and carvel planking, to dueling styles of dory construction (Lunenburg and Shelburne in Nova Scotia). 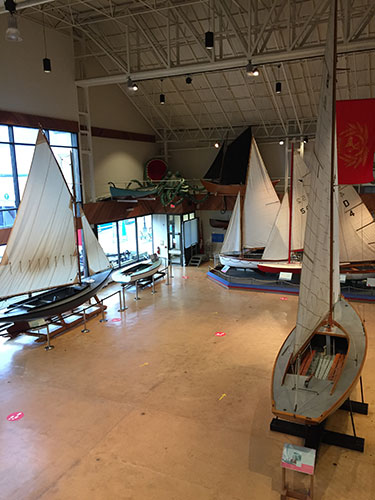 You will find boats on the floor, the walls, atop tall cabinets, tucked under the stairs, and by the windows—longing to go back to sea. So, look around—and look up—and enjoy some of the rich history of Nova Scotia afloat. 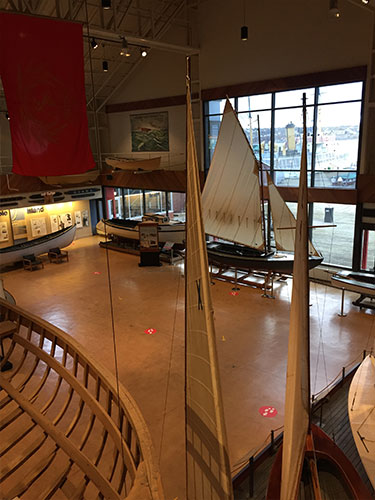 Looking towards the Tancook sloop Marilla and the hydrographic ship CSS Acadia at the museum wharves, beyond.