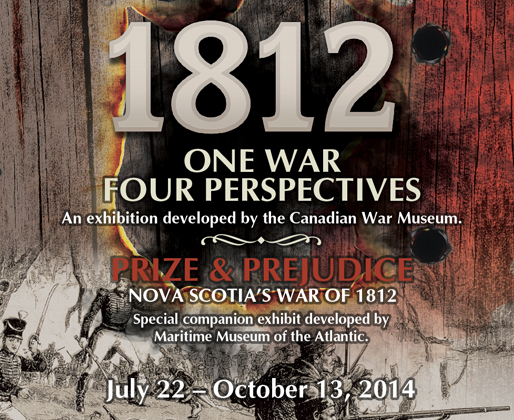 Visitors can explore what was at stake during the War of 1812, and how the event dramatically shaped the culture of many people.

The Maritime Museum is proud to host 1812, a travelling exhibition developed by the Canadian War Museum in Ottawa, exploring the war through the perspectives of Canadians (including Canadian First Peoples), Americans, the British, and Native Americans.

For Canadians, the War of 1812 was a successful fight for survival against American invasions. For Americans, the war was a successful defense against the British Empire, one that forced Britain to respect American sovereignty and power. For the British, the conflict was a successful but almost irrelevant sideshow, scarcely remembered today, set against the far greater generation-long war against Revolutionary and Napoleonic France. For First Nation’s Americans, the war was a desperate fight for freedom and independence as they struggled to defend their homelands, and its conclusion was a catastrophic defeat.

An original companion exhibit produced by the Maritime Museum, Prize & Prejudice: Nova Scotia’s War of 1812, explores the cultural effects and legacies of the War of 1812 on the colony of Nova Scotia, which was then part of British North America. A key legacy are the African Nova Scotia communities founded by Black Refugees escaping to freedom following the conflict.

From Jane Austen to the maritime causes of the War surrounding American claims for “Free Trade and Sailors’ Rights”, from the economic and cultural legacies of the Royal Navy blockade of the American coast, including privateering and prize courts, to the invasion of Maine, the conflict left long-lasting imprints on Nova Scotian identity and memory.

This was particularly the case for the African Nova Scotian community, with the arrival of more than 2,000 Black Refugees, fleeing slavery in the Cheasapeake Bay region with the assistance of the Royal Navy, in Nova Scotia from 1814 onwards.

Showcasing never before displayed original letters from Black Refugees in Nova Scotia writing back to their former slave masters, on loan from the United States National Archives, along with recent archaeology from “Refugee Hill” in Beechville, NS, Prize & Prejudice provides new insights into Black Refugee communities in Nova Scotia and their cultural identity.