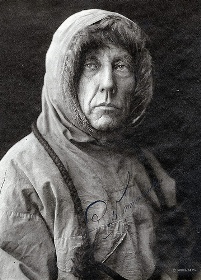 Amundsen was born on 16 July, 1872 on a small farm in south-eastern Norway. He was not an academic by nature, so from the age of 15, he decided he would be a polar explorer. He was inspired by the story of the Franklin expedition (1845-48) and all of the later expeditions that had been sent out to search for Franklin’s two lost ships and 129 men. Amundsen's first goal was therefore the navigation of the Northwest Passage.

The exhibition features large-scale reproductions of lantern slides and other images taken by the famed Norwegian explorer, who in 1905 became the first man to navigate the Northwest Passage. 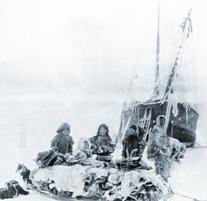 The images, which include scenes of life aboard the expedition's ship, Gjoa Haven, the equipment used in making magnetic observations and the Inuit who assisted the expedition are also illuminated by Amundsen's own commentary.

Cold Recall is on temporary display at the Maritime Museum of the Atlantic through the courtesy of the Royal Norwegian Embassy and features images from the Fram Museum.