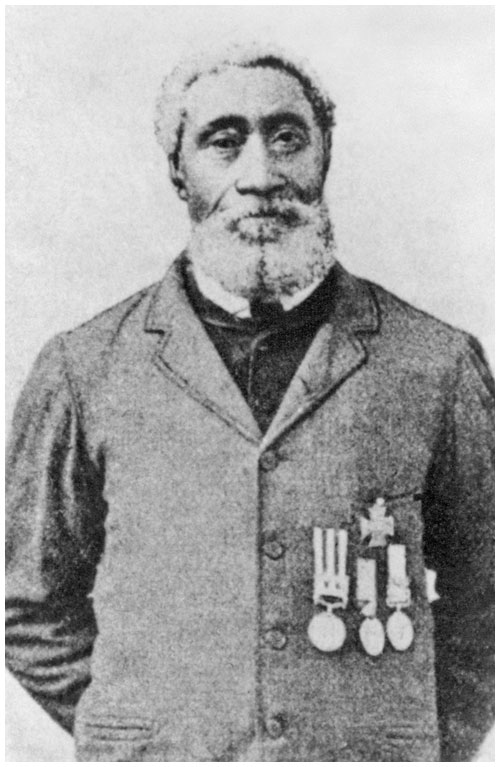 William Hall was the first Black person, the first Nova Scotian and one of the first Canadians to receive the British Empire’s highest award for bravery, the Victoria Cross.The son of former American slaves, Hall was born in 1827 at Horton, Nova Scotia, where he also attended school. He grew up during the age of wooden ships, when many boys dreamed of travelling the world in sailing vessels. As a young man, Hall worked in shipyards at Hantsport for several years, building wooden ships for the merchant marine. He then joined the crew of a trading vessel and, before he was eighteen, had visited most of the world’s important ports.

Perhaps a search for adventure caused young William Hall to leave a career in the American merchant navy and enlist in the Royal Navy in Liverpool, England, in 1852. His first service, as Able Seaman with HMS Rodney, included two years in the Crimean War. Hall was a member of the naval brigade that landed from the fleet to assist ground forces manning heavy gun batteries, and he received British and Turkish medals for his work during this campaign.

After the Crimean War, Hall was assigned to the receiving ship HMS Victory at Portsmouth, England. He then joined the crew of HMS Shannon as Captain of the Foretop. It was his service with Shannon that led to the Victoria Cross.

Shannon, under Captain William Peel, was escorting troops to China, in readiness for expected conflict there, when mutiny broke out among the sepoys in India. Lord Elgin, former Governor General of Upper Canada and then Envoy Extrodinary to China, was asked to send troops to India. The rebel sepoy army had taken Delhi and Cawnpore, and a small British garrison at Lucknow was under siege. Elgin diverted troops to Calcutta and, as the situation in India worsened, Admiral Seymour also dispatched Shannon, Pearl and Sanspareil from Hong Kong to Calcutta. Captain Peel, several officers, and about 400 seamen and marines including William Hall, travelled by barge and on foot from Calcutta to Cawnpore, dragging eight-inch guns and twenty-four-pound howitzers.

Progress was slow with fighting all along the way. At Cawnpore the Shannon crew joined another relief force under Sir Colin Campbell (later to become Lieutenant-Governor of Nova Scotia) and began the historic march to Lucknow.

The key to Lucknow was the Shah Najaf mosque, a walled structure itself enclosed by yet another wall. The outer wall was breached by the 93rd Highlanders at mid-day, and the Shannon brigade dragged its guns to within 400 yards (366 m) of the inner wall. William Hall volunteered to replace a missing man in the crew of a twentyfour- pounder. The walls were thick, and by late afternoon the 30,000 sepoy defenders had inflicted heavy casualties from their protected positions. The bombardment guns from Shannon were dragged still closer to the walls and a bayonet attack was ordered, but to little effect. Captain Peel ordered two guns to within 20 yards (18 m) of the wall. The enemy concentrated its fire on these gun crews until one was totally annihilated. Of the Shannon crew, only Hall and one officer, Lieutenant Thomas Young, were left standing.

Young was badly injured, but he and Hall continued working the gun, firing, reloading, and firing again until they finally triggered the charge that opened the walls. “I remember,” Hall is quoted as saying, “that after each round we ran our gun forward, until at last my gun’s crew were actually in danger of being hurt by splinters of brick and stone torn by the round shot from the walls we were bombarding.”

Captain Peel recommended William Hall and Thomas Young for the Victoria Cross, in recognition of their “gallant conduct at a twenty-four-pounder gun... at Lucknow on the 16th November 1857”.

Hall received his Victoria Cross aboard HMS Donegal in Queenstown Harbour, Ireland, on October 28, 1859. His naval career continued aboard many ships, among them Bellerophon, Hero, Impregnable, Petrel and Royal Adelaide, until he retired in 1876 as Quartermaster.

Hall moved back to Nova Scotia to live with his sisters, Rachel Robinson and Mary Hall, on a farm in Avonport overlooking the Minas Basin. A modest man, he lived and farmed without recognition until 1901, when HRH the Duke of Cornwall and York (later King George V) visited Nova Scotia. A parade of British veterans was held, and Hall wore his Victoria Cross and three other service medals. The Duke inquired about the medals and drew attention to Hall’s service. 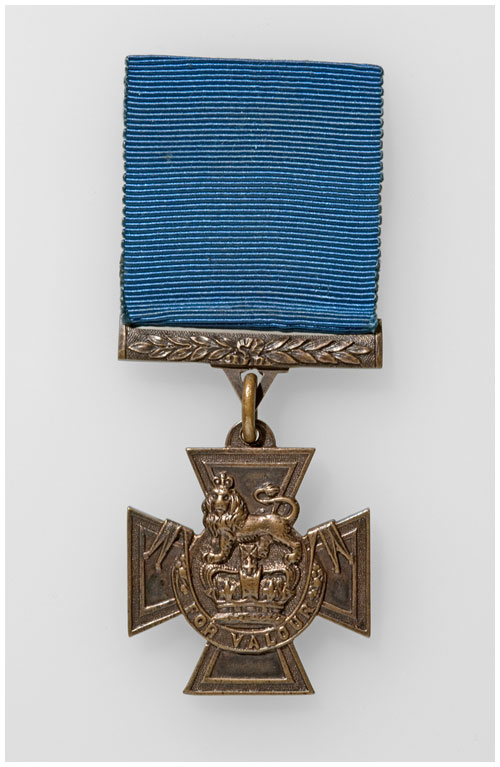 Three years later, William Hall died at home, of paralysis, and was buried without military honours in an unmarked grave. In 1937, a local campaign was launched to have Hall’s valour recognized by the Canadian Legion, but it was eight more years before his body was reburied in the grounds of the Hantsport Baptist Church. The monument erected there bears an enlarged replica of the Victoria Cross and a plaque that describes Hall’s courage and devotion to duty.

Subsequently, a branch of the Canadian Legion in Halifax was renamed in his honour. A gymnasium in Cornwallis, the DaCosta-Hall Educational Program for Black students in Montreal, and the annual gun run of the International Tattoo in Halifax also perpetuate his name.

In 1967, William Hall’s medals were returned to Canada from England to be shown at Expo ‘67 in Montreal. As property of the Province of Nova Scotia, they were later transferred to the Nova Scotia Museum.