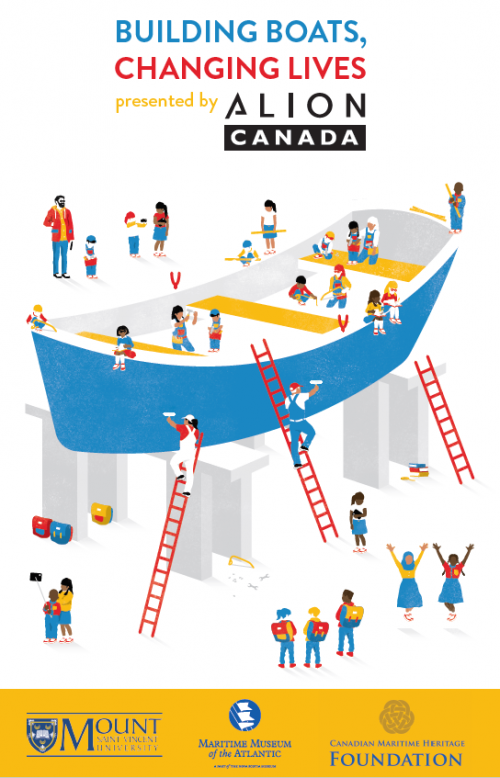 2021 Demonstration of the Blue Bird Dinghy, Design of the Bird Class

This introduction to the Bird Class Dinghy, and inaugural boat Blue Bird, is the first in a fleet of boats to be built at the Maritime Museum of the Atlantic! The Bird Class was designed and created for youth to develop hands-on skills, learn boatbuilding and be empowered as individuals and team-mates. As more Bird Class boats are made onsite at the museum, we aspire to host sail training workshops in the years to come through the Building Boats, Changing Lives initiative.        Narrated by Eamonn Doorly, Shipwright/Assistant Curator of Small Craft at the Maritime Museum of the Atlantic, and filmed in in front of the Boat Shop, November 2021.

Special thanks to the O’Rourke family who sponsored the build of Blue Bird, the first Bird Class build!

In July, an eager group of youth, ages 14 to 18 years, participated in 2021’s first boat build in the Boat Shop and courtyard at the museum. Over three days, they transformed their skills and teamwork into building  three boats, which they named Icy,  Freedom and Life is Good. One of the museum’s  summer students, Kaija Jussinoja captured highlights of the build and talked to staff from the YMCA and youth boat builders about their experience and accomplishment.

Bevin Skiffs were made over a  three-day build at three Nova Scotia Museum sites and locations in Nova Scotia: Maritime Museum of the Atlantic, Halifax; Fisheries Museum of the Atlantic, Lunenburg, and The Dory Shop in Shelburne. Community groups worked with museum staff and volunteers to learn, work and build together. Celebratory boat launches were had by all. Great teamwork!