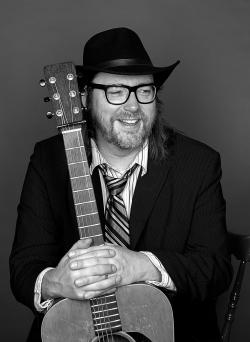 The Maritime Museum of the Atlantic is delighted to welcome back David Bradshaw, native to Corner Brook, Newfoundland and now living in Dartmouth, Nova Scotia, David Bradshaw is a singer-songwriter who hand-crafts a distinctly Maritime blend of folk, country, rock, blues, bluegrass and Celtic music.

David’s first album, No Place (2008) was nominated for a Music Nova Scotia Award. In addition to performing and recording his repertoire of original and traditional music, David lends his voice and multi-instrumental talents to many local groups, including The House Party Guys (with Roger Stone and Anthony Rissesco) and The Plugs.