On Sunday, April 15, 2012, to commemorate 100 years since the tragic sinking of RMS Titanic, the Maritime Museum of the Atlantic used Twitter to broadcast the vessel's original wireless transmissions.

Ten years prior to Titanic's sinking, the first wireless transmission to cross the Atlantic from North America was sent from the Marconi station in Glace Bay, Nova Scotia.  Much like the short messages we send today via text, instant messaging or Twitter, wireless transmissions bridged distances between people and made it possible to share information across the world.

As the largest and grandest ocean liner of her time, Titanic was equipped with the most modern wireless technology available. When disaster struck, that technology proved invaluable as it was crucial in saving many passengers and, also, provided the world over with the stunning news of the loss. 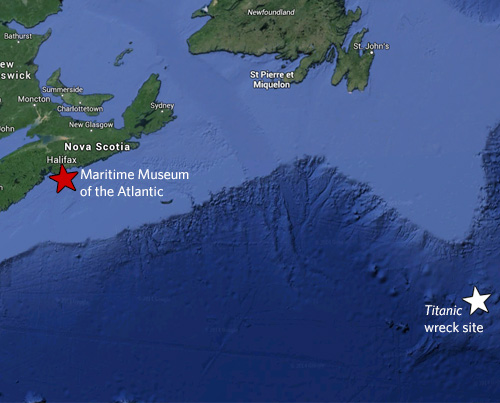 Museums and the Web

The Titanic on Twitter project was the 2013 Best of the Web - Social Media winner at the annual Museums and the Web conference .